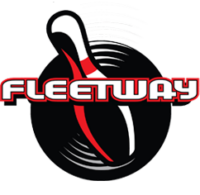 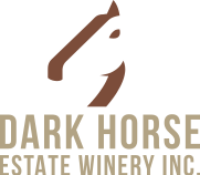 Yep! Tickets to the Drive-In are available right now. Head on over to the home page to get yours. We’re looking forward to seeing you.

The untold story of two lesbian pioneers that risked being lost forever…until now.

An aging woman and her nurse develop a friendship that inspires her to unearth unacknowledged longing and thus help her make peace with her past.

In the afterglow of a seemingly fated hookup, two women realize that perhaps they have a little too much in common.

Photos from the weekend!

Theeeey’re heeeere. Dana Nosella has posted the photos from the weekend’s shenanigans. For a look at the tomfoolery use the password that was sent out to the mailing list and log-in to see them. Thank you to Dana Nosella Photography! EVERYBODY LOOKS FABULOUS.

Thank you for joining us at the 2019 Festival. As promised here’s the survey. We appreciate you taking the time to answer these questions to help us make the festival even better.

Brunch and Weekend Passes SOLD OUT

We’ve got a bad news good news situation here FIRST the bad news –Brunch and Weekend Passes are SOLD OUT; HOWEVER you can still get film tickets. Get ’em while you can!

Looking for a place to eat while at the Festival?

If you’re looking for a place to eat, or want to make a reservation before the big event, we have compiled a list of restaurants in the core. Some have offered discounts for the weekend. We’re happy to let you know those restaurants that support the festival, so that you can support them.You can download a pdf of the guide here: Restaurant Guide

Just under a month ’til take off and the tickets are now live. We can’t wait to see you. Kiss Kiss. Get ’em here.

We’ve extended the deadline to book your room at the Delta London Armouries. Book before April 10th!

Parking for Friday and Saturday films

Hi All. Things are really ramping up and we’re excited to see all of you. Tickets will be on sale – soon! We just wanted to give you a bit of information about parking at Althouse College, Western University. Please have a look at the map provided here. The front lot is reserved for accessible parking, with a valid permit, on a first come first serve basis. All others please park in the back lot, walk to the front of the building and enter through the front doors. Parking is free on the weekend. You can leave your vehicle overnight though, LLFF and Western University are not responsible for your vehicle or its contents. A pdf with a map regarding parking can be downloaded here.

Located in the heart of the beautiful heritage neighbourhood of Wortley Village. Come join us for the sweet life in the Village.
135 Wortley Rd, London
sweetonionbistro.com
519.601.7101

Film event in the community

Japanese Movies at Western Film
Join us for a contemporary Japanese film CLOSE KNIT at Western Film on Monday March 18, 2019. FREE admission, JPN w/ ENG subs. Arrive early to avoid disappointment!
https://jftor.org/event/london-close-knit/
https://www.facebook.com/events/335352300416286/
Monday March 18, 2019 7:00 PM
CLOSE-KNIT
FREE ADMISSION, RSVP recommended
@Western Film
Open to students, faculty, staff & public
Directed by Naoko Ogigami
2017, (127 minutes) Japanese with English subtitles
After being abandoned by her mother, 11-year-old Tomo is taken in by her uncle Makio and his girlfriend Rinko. Rinko is a transgendered woman with a heart of gold. Close-knit offers a heart-warming reflection on discrimination and ignorance and, more importantly, on the true meaning of family. Plus lots of knitting!
Director Naoko Ogigami is one of the next wave of pre-eminent female filmmakers from Japan. Films also directed by her include Megane, Rent-A-Cat, Toilet, Kamome Diner, Go Go Haiku Girl and Yoshino’s Barber.

A closeted medical student risks being outed to her family the same evening a masked gunman opens fire at a gay nightclub.

Weekend Passes and Brunch Tickets get ’em while you can…

Individual film tickets will continue to be available online and at The Village Idiot (cash only) until end of day Thursday May 3rd.

Dance tickets will be available at the door.

If you’re looking for great places to eat we’ve compiled a handy list for you here. Click on the link for a downloadable Restaurant Guide .pdf

Tickets are on line now

Saunter on over to the Films page and have a look at the great line that we’ll have for you in May.

Relax and enjoy our classic parkland style course, which is a delight to play—time and time again. Established in 1975, Llyndinshire is a mature, beautifully maintained course.

A London institution of 30 years with a wide selection of casual food, including pizza, nachos, burgers, salads and desserts. 595 Richmond Street, London

The friendly hardware store at 136 Wortley Rd. in the heart of Old South London. Everything you need to keep your home and yard in tip top shape!

AWOL is a social group, estab. in 1990, where volunteers host activities/events for women only. Ask Kathleen Holland to be added to the bimonthly newsletter distribution list.

Non-profit org. that organizes an annual opportunity to bring together LGBT2Q+ communities, through events which promote unity, inclusion & awareness of sexual & gender diversity.