Did we mention that everything that has to do with the London Lesbian Film Festival will be downtown? We’re looking forward to the informal dyke march (is there really any other kind?)  in the downtown core moving from venue to venue. Bring your best plaid for your après movie-wear, we’ll all join hands and head venue to venue like a giant lesbian comforter from your grandparents’ cabin. And if ALL OF THAT is not enough – Aqua vitae, ho! Elvira Kurt is going to be our comedic guest at brunch this year. What’s better than danishes at the Hilton? – ELVIRA KURT AND DANISHES. 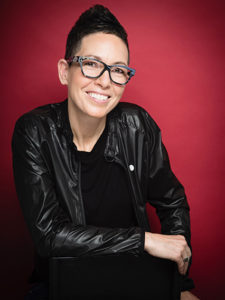 It has been said before and it will be said again – The world doesn’t have enough Petula Clark in it. So we’ll leave Petula RIGHT HERE. We hope you enjoy her rendition of Downtown. Perhaps Lizzo will cover this in the future – AND WHEN SHE DOES we’ll post that, too.